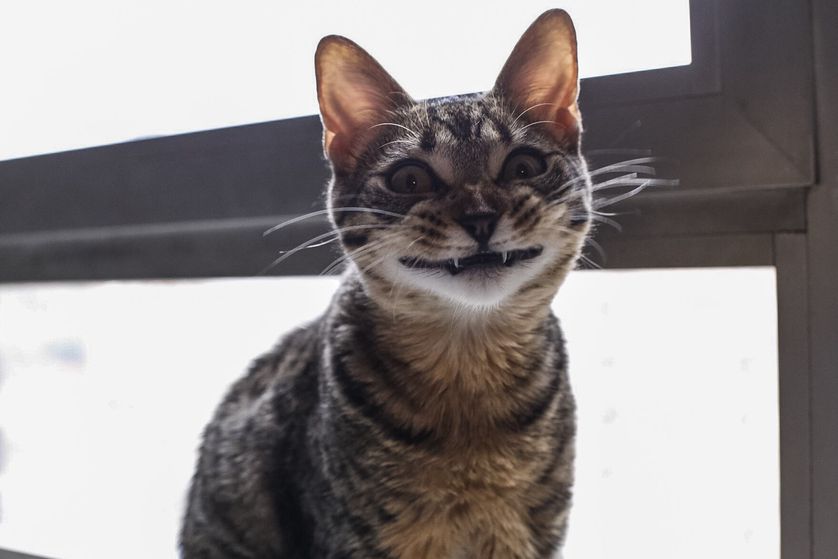 “She” is one of the most mispronounced English words in Taiwan.

There are two issues.

First, the tongue is usually in the wrong place when the /ʃ/ sound is pronounced. Most people use ˹ㄕ˼ instead, which (in Taiwan) is usually pronounced with the tip of the tongue down behind the bottom teeth and the back of the tongue up near the roof of the mouth.

The /ʃ/ sound should be pronounced with the front of the tongue, slightly flattened, near the front roof of your mouth (the alveolar region.)

But the bigger problem is the /i/ sound.

If your tongue is down in front and high in back, as in the ˹ㄕ˼ in Taiwan, then you will attempt to make the /i/ sound in the same position, but with the back of the tongue.

The problem is that this is not /i/!!

If your tongue is far enough back, in the same position as the /u/ sound, it will sound similar to /i/ – if you smile. This is why so many teachers tell their students that they must smile when they say /i/.

Even if it does sound similar enough to /i/ when you smile to be acceptable, you should still never do it! Why not?

You will never smile for every /i/ when you’re speaking normally, so almost every /i/ will be wrong. You will rarely get your tongue all the way back as well, which means the sound will be central, as in the first sound when you say /ɪŋ/. At best, it may sound like /ʃɪ/.

If you say /i/ with your tongue in such a wrong position, then every other sound around /i/ will be awkward, difficult, or wrong. You can’t make English sounds with a Mandarin tongue position. They are almost completely opposite.

And honestly, /i/ is a pretty commonly-used sound. You’re going to look pretty silly trying to smile several times as you say almost every sentence.

Want to know the right place for /i/? The word “tea” will have the right sound and the tongue in the right position for most people.

Not surprisingly, that’s just about where /ʃ/ should be.